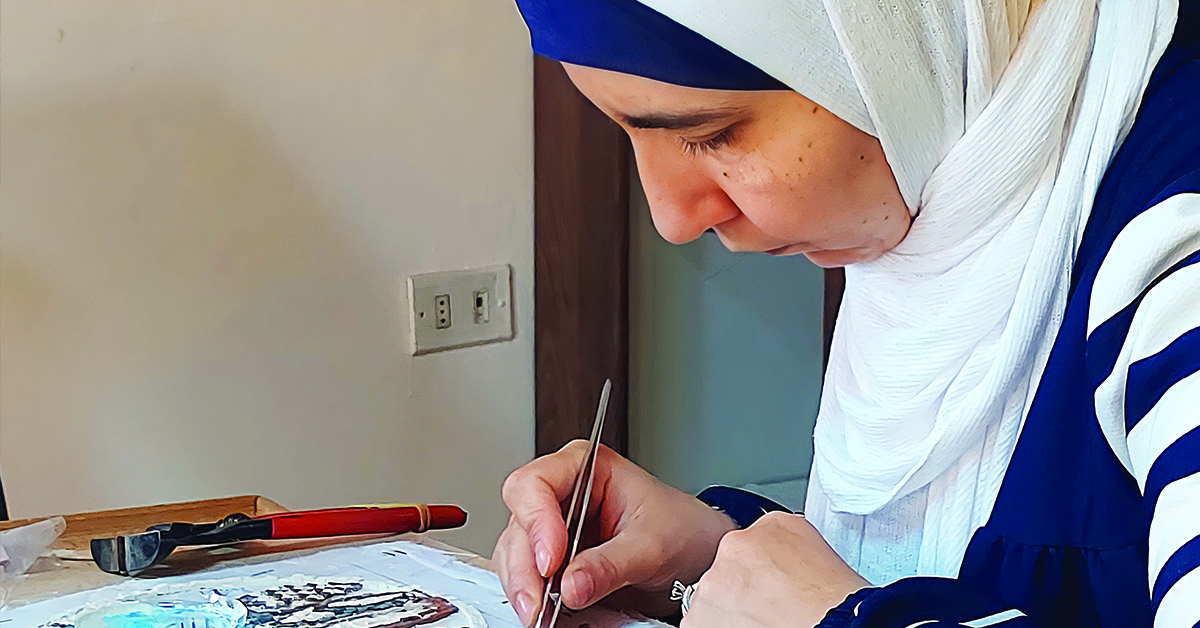 Our clinic received 38 patients recently. Each had different issues, such as chronic diseases, joint pain, anaemia, and inflammation of the middle ear.

Emna* is married and has five children. She is 44 years old and suffers from chronic urinary tract infections. Emna works in the Ministry of Labour, and her husband works in the army as a civilian employee. Their financial situation is good, and the doctor and nurse encouraged her to drink a lot of water and not eat spices and pickles.

Douha* is a 36-year-old married Syrian woman with two children, who came to Jordan 16 years ago. She does not have a job, and her husband used to work in a company but no longer has a job. The family’s financial situation is very low because there is no work. She complained of a lack of iron and vitamins, so doctors advised her to not drink tea, to eat a lot of foods rich in vitamins and minerals, and to take iron doses.

Hamida* is one of the trainees in the House of Ruth and is a sewing apprentice. She is a mother of three boys and seven girls. Her life changed after she started sewing training. Hamida felt dependent and like she had no value. She felt she was living a meaningless life, and her role was limited to housework like any other woman in her community. She did not finish her studies, but training in the House of Ruth was a blessing and became a turning point in her life. Since she can now design and modify clothes, Hamida feels like she has a meaningful life and has become a productive and contributing woman in her home. She is grateful to the House of Ruth and tells her friends and neighbours about the internship. She says a woman is able to make a difference in her home and in her community, and she is excitedly planning to start her own business soon.

Through the sewing class, the women learnt how to make a skirt and t-shirt. They also mastered repairing, waste reduction, cutting, assembling pieces of fabric together, and creating other articles of clothing.

We finished the training at the beginning of the month for the students in the English and computer classes. After that, we started working on a new study plan and invited new students. We recently started with nine new students of different ages and provided a test to measure their level.

The women continue to learn the art of mosaic and a new piece of art called the Tree of Life.

*For purposes of security and wellbeing, “Emna,” “Douha,” and “Hamida” are pseudonyms for individuals being helped by these projects.

LEARN MORE ABOUT THE WORK IN JORDAN

Latest Stories from THE MIDDLE EAST 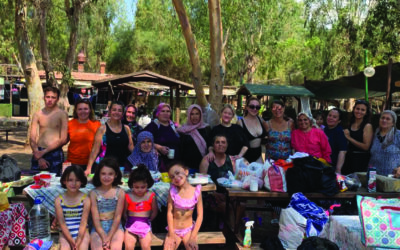 While the centre gained the attention of local leaders, the most rewarding progress was found on a trip to the seaside, where many mothers found reconciliation with their children.

END_OF_DOCUMENT_TOKEN_TO_BE_REPLACED 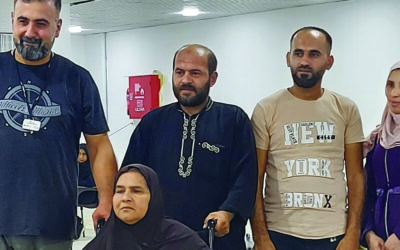 Many volunteers came together to meet the needs of a displaced community.

END_OF_DOCUMENT_TOKEN_TO_BE_REPLACED 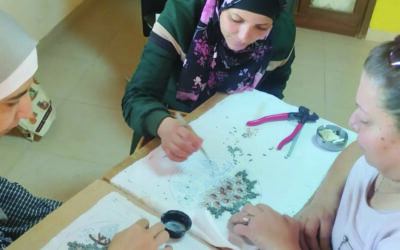 Excelling in Health, Training, and Language

Through the clinic and other programmes, health and training are flourishing.